How opposition to the intrusion of an oil pipeline through the water resources of the Standing Rock Sioux is galvanizing a movement to protect Native rights.

THE FORGING OF MEXICO CITY

Mexico City stands as the ancient capital of the Americas and a site of two great civilizations. It's existence is the result of a great intersection of history and culture.

THE RESURGENCE OF THE

New Orleans, its economic recovery and the importance of the city to the American cultural fabric and identity.

WHY ANTHONY BOURDAIN DESERVES OUR GRIEF

Anthony Bourdain's suicide shocked the world, leaving a legacy of humanism, curiosity and a deep insight into the human condition.

THE END OF THE WESTERN CONSENSUS

How Trump's victory can potentially end the era of a Western consensus that has served as a lynch pin for global stability since WWII.

American politics as we know it is coming to an end. Will 2020 finally see the two populist wings of the Right and Left come to a clash?

Japan's recent discovery of a trove of rare earth resources below its waters creates an opportunity to break China's monopoly. But is it fool's gold?

Why it is time for the West to abandon outdated attitudes towards Africa, and renew relationships based on mutual benefit and equality.

How Donald Trump's victory is shifting the political paradigm at home and abroad while an anxious world awaits his administration.

What are the ramifications of the growing wealth inequality caused by housing costs and the tech industry, and what are the solutions?

A clip of my radio interview with Arnie Arnesen on her show The Attitude featured on WNHN 94.7 FM regarding "Inequality in the Robotic Age"

How Southeast Asia is becoming rife ground for the Sino-Japanese geopolitical rivalry via the construction of coal plants.

THE LEGEND OF BUDDY RED BOW 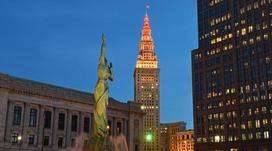 THE FORGING OF MEXICO CITY

INEQUALITY IN THE ROBOTIC AGE

INEQUALITY IN THE ROBOTIC AGE

Could the dynamics of inequality in high priced tech hubs portend trends to come in an age of increasing automation?

THE LEGEND OF BUDDY RED BOW

How a Lakota Country Singer echoed the soul of the Great Plains and how his legacy still remains relevant today.

Why a Norcal HSR commuter system is a necessary solution to solve the housing crisis and economic inequality.

How the city of Shenzhen is once again spearheading change in China by emerging as a global tech and innovation hub and a rival to Silicon Valley.

NO TO A SYRIA WAR

NO TURNING BACK ON CHINA'S ISLAND BUILDING

Why China's island building is driven by Beijing's grand commercial ambitions and deep military insecurity, and what this means for the region.

HOW SAN FRANCISCO SHOULD RESPOND

IN MEMORY OF BOURDAIN

THE TRUMPIAN SHIFT IN KOREA

How Trump's unconventional presidency, lack of ideological fervor and reckless diplomatic showmanship worked in achieving peace with North Korea and will this peace last?

How the Trump administration should abandon outdated views and reinvent the US China trade relationship based on new realities and maximize the benefits to the American worker.

How China's dependency on Congo's cobalt supply may work to alter its policy of non-interference in Africa, as rising chaos ensues in the country.

How a Sino-Russian alliance is leveraging Eurasia's vast geography to create an alternative pole of global power to the West.

Why the human factor in real estate remains crucial even as technology advances challenge the business model.

IS ETHIOPIA THE WAKANDA OF THE FUTURE?

Ethiopia's economic reforms have seen it undergo rapid industrialization and economic growth. Could the African nation one day resemble Wakanda?

NO TO A SYRIA WAR

Long synonymous with the Rust Belt and derided as the "mistake on the Lake", Cleveland's vintage charms are suddenly coming back en vogue.

How a local Sacramento disability advocate's fight is a personal crusade. A people piece on James Pearson, owner of Samaritan Disability.

Southeast Asia's unique topography leaves it particularly vulnerable to the ravages of climate change. Can technology save the region?

END OF THE WESTERN CONSENSUS

How recent scandals and the uncovering of the city state's role in money laundering and freeports are threatening to undermine its pristine reputation.

As ASEAN has committed to developing a common market, however ongoing development gaps between its members continue to hinder progress.

THE TRUMPIAN SHIFT IN KOREA